If you would like to help your child relish the joys of the festive season, then you will definitely find a gem in our list of books to read this Christmas for Year 6 pupils! We have gathered together timeless tales and modern enigmas to read during the break and unleash the Christmas spirit!

A Christmas Carol and Other Christmas Stories by Charles Dickens

More than 175 years ago, the acclaimed British writer Charles Dickens penned one of the most famous Christmas stories in our world. A Christmas Carol tells the story of the old, greedy bitter man Ebenezer Scrooge, who hated Christmas more than anything. One year on Christmas Eve he had a visit by three ghosts who show him the true meaning of the holiday. This festive ghost story has never been out of print ever since first published. Moreover it has inspired people for decades to be more charitable and think deeper about the essence of Christmas. Other writings include treasures such as The Chimes, The Haunted Man and Dickens’ last Christmas tale. Get a copy of this ageless book to start the Christmas feelings! 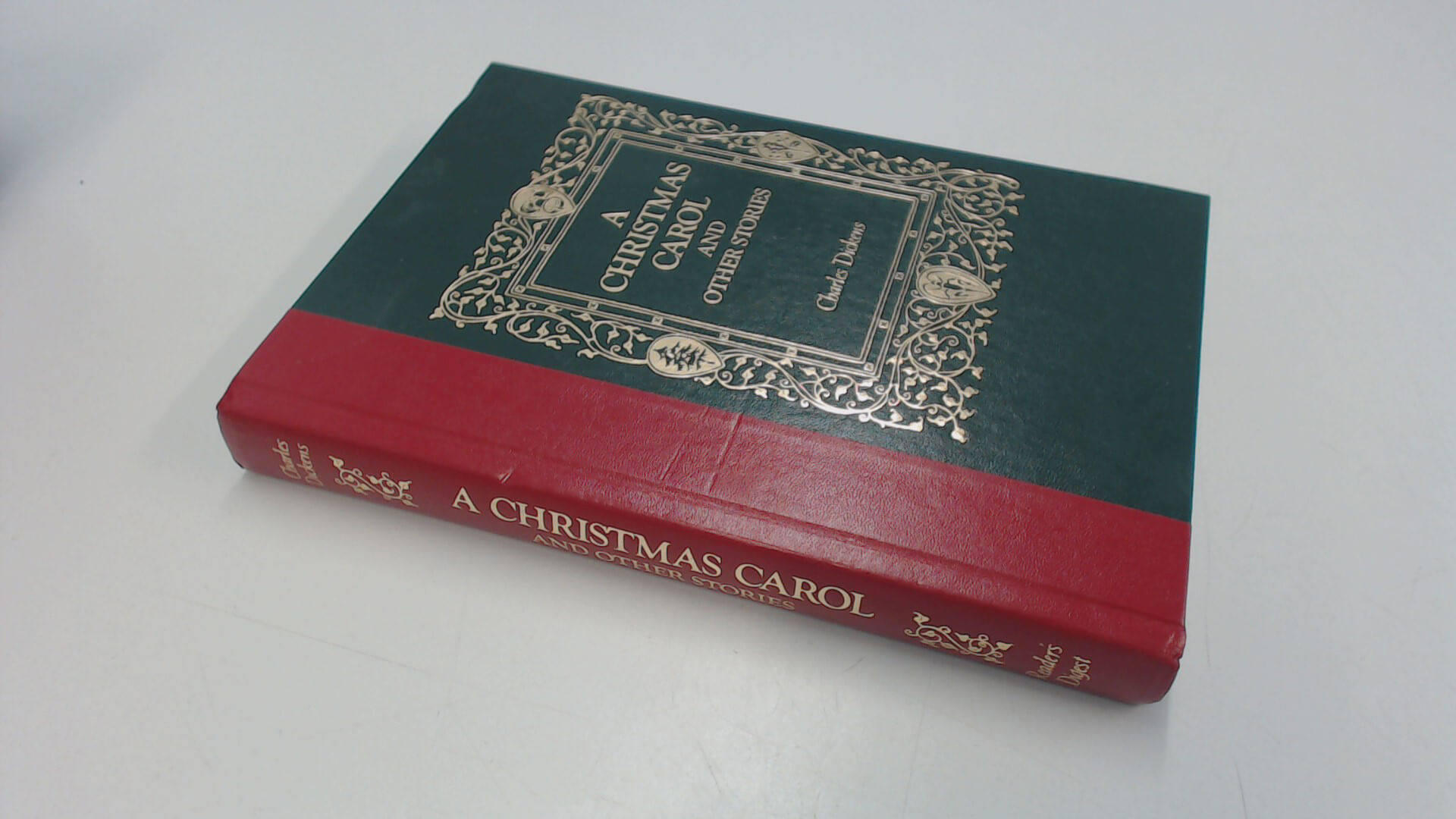 Riddle of the Runes by David Wyatt & Janina Ramirez

Another suggestion by us is the book Riddle of Runes by David Wyatt & Janina Ramirez. Beginning with Alva and her close friend, the wolf Fenrir in their rush through the forest in the middle of the night. All alone in the Viking world, while a kidnapper is on the loose Alva fights with her fears and follows her passion of becoming an investigator like her Uncle Magnus. Searching for the crime scene, she ends up discovering more questions than answers, while getting closer to the truth. Monks approach her village, brining news of a code, hidden treasure and violence which follows them. The accurate historical information and the further materials about runes enhances the story of this amusing venture. 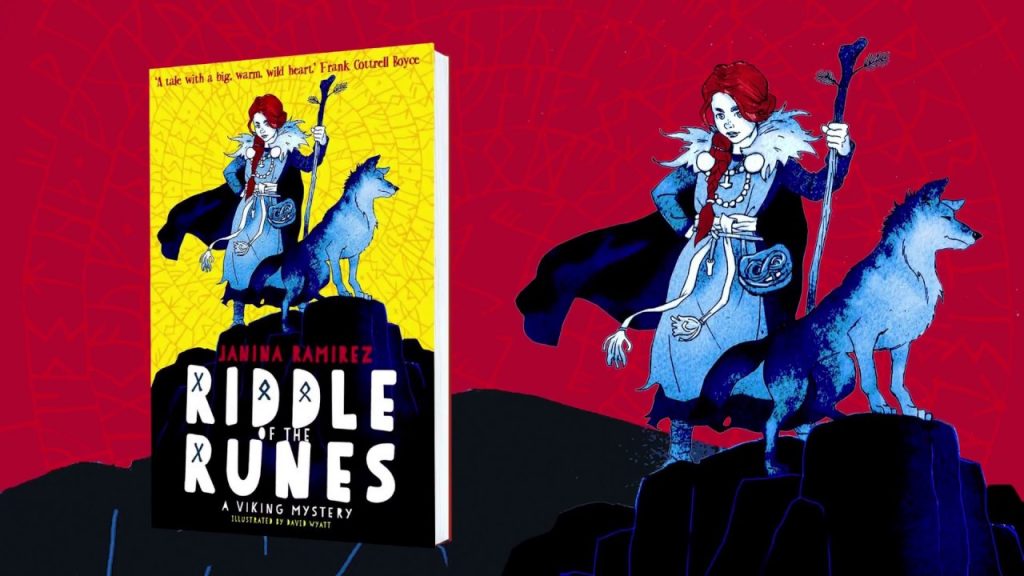 The Girl who saved Christmas by Matt Haig

Matt Haig’s beautiful fantasy book starts with the story of Amelia Wishart, who has always believed in miracles although she has never witnessed one. Therefore, her true belief is just enough to provide magic for Father Christmas’s sleight-ride and present delivery. The hope lighted by Amelia spreads through the world and results into the birth of Christmas. If you feel like we spoiled the whole story, we tricked you! This is just the prologue and beginning of this heart-warming book. The adventures continue a year later, when Amelia needs to take care of her ill mother and Father Christmas experiences an attack by trolls. The search and rescue journey go through a crash landing in Queen Victoria’s bedroom and a triumph return to the land of Christmas. Don’t forget to add this one in your list of books to read this Christmas! 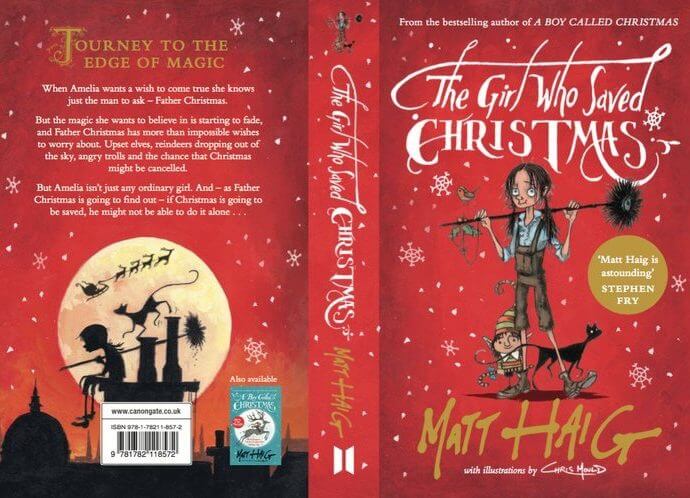 Another brilliant novel from our Christmas book list is the “Night Raiders“ a story about three children who wake up in the same time night after night without an explanation. Meeting out in the dark and finding each other starts to give them some clues. The sleepless trio realises that they have acquired a ‘super power’ to speak any language and even to animals! The three friends also discover that they are the only ones hearing weird sounds from the nearby industrial estate. The noises end up killing each winged thing that crosses their path. Standing in front of their first adventure â€“ they have to fight together and understand what it could possibly mean. And if you fall in love with the book, don’t worry it is the first one part of Sparkes series. 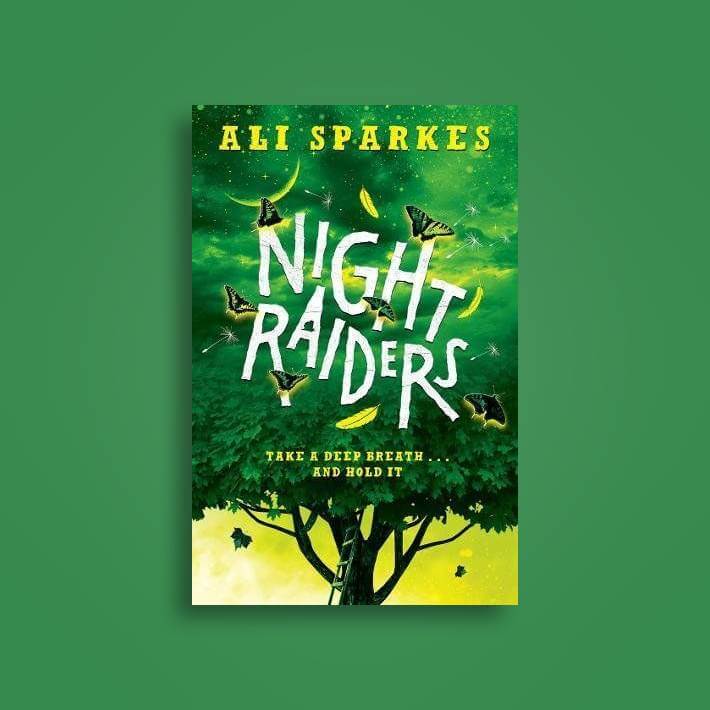 J.R.R. Tolkien is another notable British author who has done a spin on Christmas through his imagination. Each December from across the years, Tolkien’s children would receive one envelope bearing a stamp from the snowy North Pole. All the letters were from Father Christmas, telling delightful tales of the life in his Kingdom. Starting from the reindeers getting lost and scattering presents all over the place. And including an accident-prone Polar Bear that climbed the North Pole and fell through the roof on the dining table of Father Christmas. The fairytales follow various fascinating events and adventures taking place in the birthplace of Christmas. This festive read will guide your little ones through miracles and misfortunes written in the brilliant style of Tolkien. 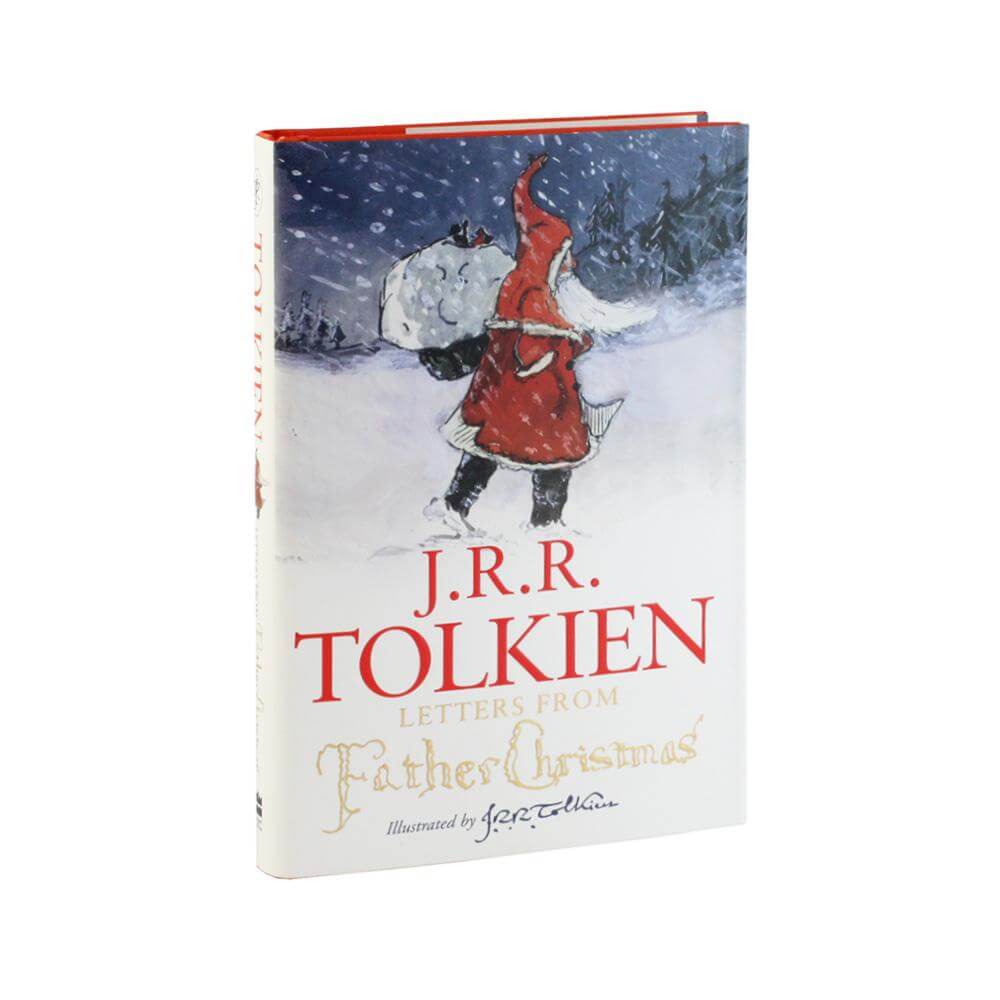 Harry Potter and the Philosophical Stone by J.K. Rowling

Do not forget to spend some time with Britain’s favourite “Harry Potter and the Philosophical Stone.” A novel about a young boy, who discovers his magical abilities and heritage and starts his adventures at the school for wizards and witchcraft Hogwarts. Uncover the enchanted world in which Harry finds out about his parents and special powers, while studying Charms, Potions, Transfiguration, Defence Against the Dark Arts and much more. On the hunt for truth, he and his best friends Hermione and Ron stumble across forbidden corridors, hidden secrets and end up discovering the Philosophical stone. Follow the adventures of the young magician in this book and the rest of the series, loved by thousands of children worldwide. 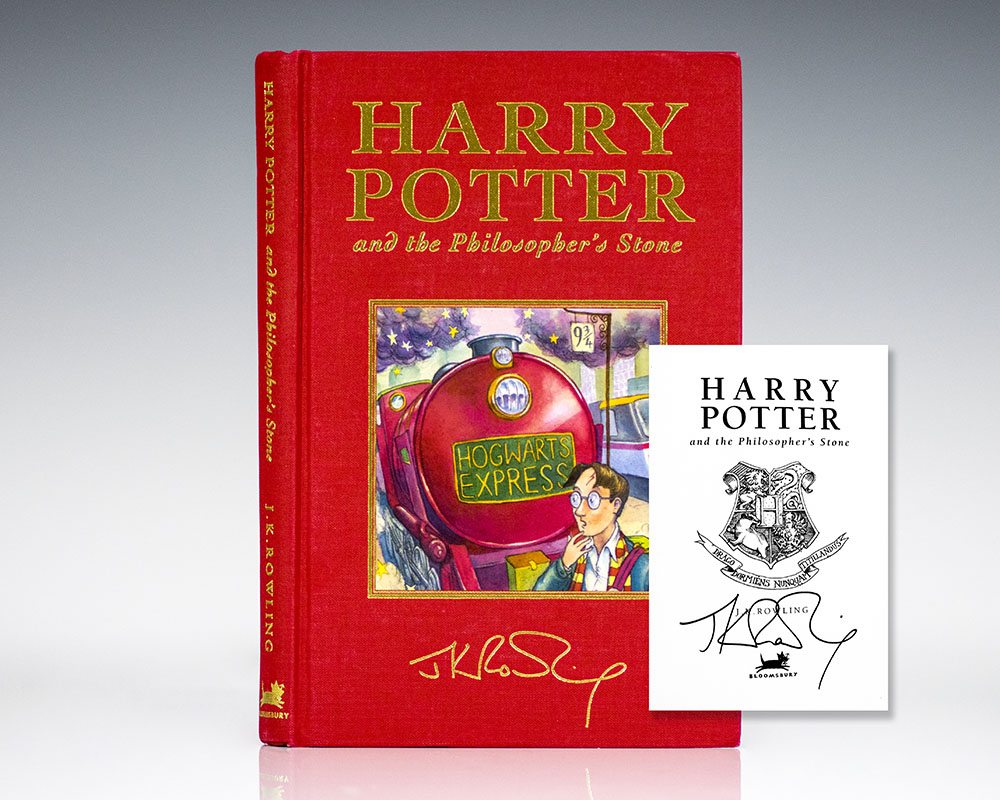 The Lion, The Witch and the WardrobeÂ by C. S. Lewis

Another enduring fantasy worth taking a look at is The Lion, The Witch and the Wardrobe by C.S. Lewis. Go on an adventure with the curious siblings “Peter, Susan, Edmund and Lucy Pevensie who step through a wardrobe door and discover the land of Narnia.” A place forever frozen covered with an endless winter, where the power of the White Which has ruled for 100 years. BBC narrated Narnia as a ”place of magic – talking animals, witches, children getting turned into dragons” which will warm your heart this Christmas. While leading you to a hopeful path where the Pevensie children along with the brave lion Aslan help fight the witch’s curse and restore Narnia to its golden age state. 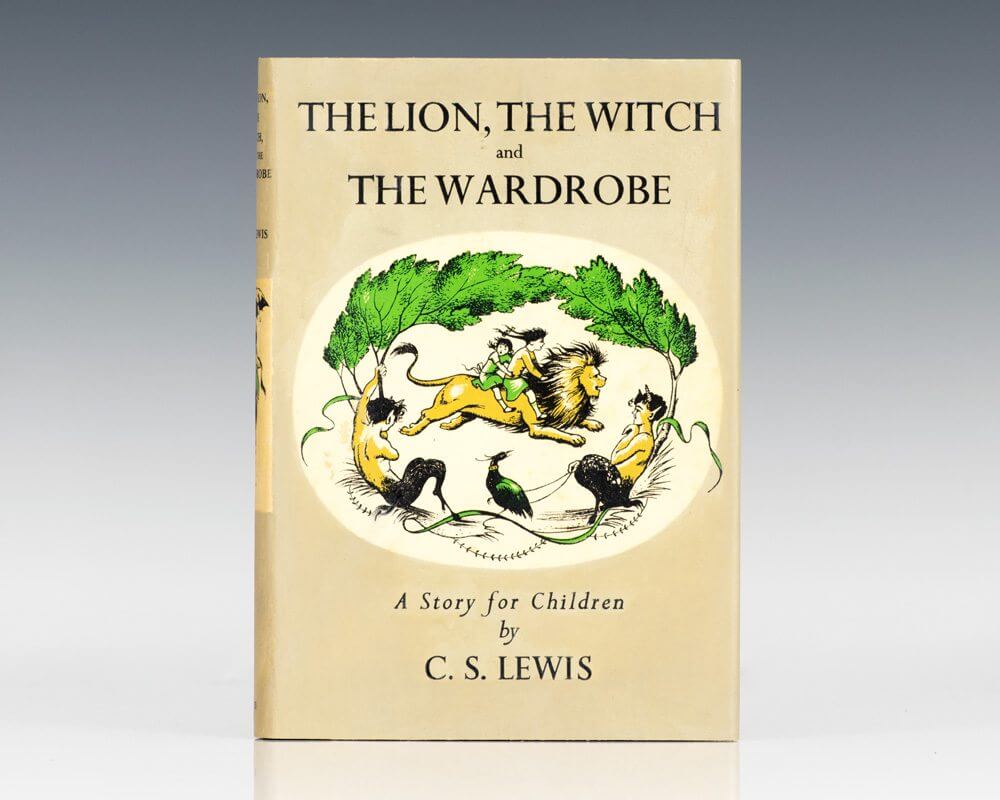 The Haunting of Charity Delafield by Ian Beck

This old-fashioned story covered with mystery will take you through the wanderings of a lonely little girl and her past. Charity Delafield has lost her mother and has been raised in a large remote house, most of which she is forbidden to explore. Her strict father has kept her away from it, while her kind nurse Rose and her kitty has been her only companions. On a snowy day, Charity’s curiosity leads her to fund out what lies behind her frequent dream of a corridor in her home. This magical tale with beautiful illustration will simply teleport you to another world this Christmas. 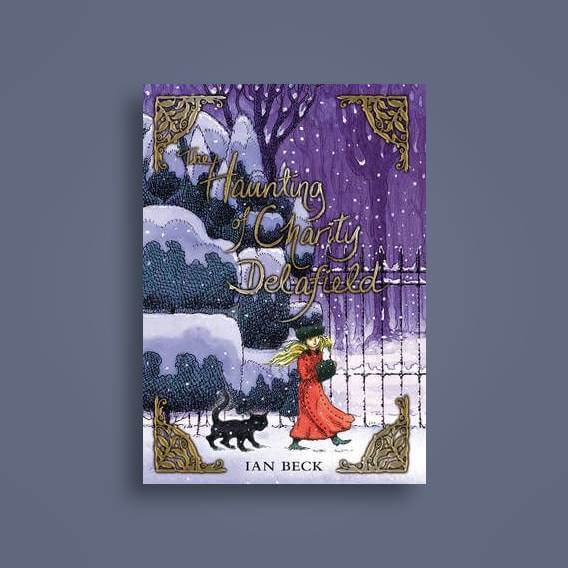 This modern classic by the beloved writer Philippa Pearce, follows the life of Tom and his new friend Hatty. As described by The Guardian, “Tom’s Midnight Garden” is an extremely good book about going back in time. Starting off with the boring summer of Tom, spend with his aunt and uncle in the countryside and followed by an unusual event. Each time when Tom hears his old grandfather clock in the hall chime thirteen times, he ends up at the back of the old garden where he meets a young and lonely girl named Hatty. As the summer comes to its end, turning out to be a much better than expected Tom realises that he wants to stay in the garden with Hatty forever.

We hope that you will find a book from our list that suits your taste. And if you feel like your chid does not enjoy reading so much, then why not try out our tips and fun activities on how to help your kid with reading. Recharge before starting the new 2019 and all the challenges coming with it for you and you 11-years-old. The team of SATs Companion wishes you a sparkling holiday season and a lovely Christmas!