Welcome to the end of week 1 of Black History Month in the UK.

To celebrate the achievements of monumental Black figures in history, we’ve compiled a list of inspirational and game-changer Black figures from the UK’s past and present. 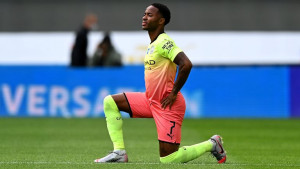 Raheem Sterling is a professional footballer  who plays for Manchester City and the England national team. Raheem Sterling has been classed as the most important sports person in Britain right now after fronting a campaign to tackle racism in the Premier League. The footballer features in the league’s No Room for Racism campaign which has been broadcasted in screens in stadiums of matches. Raheem Sterling is definitely an inspiration for speaking out against newspapers’ portrayals of black players. 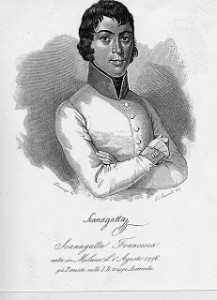 Very little is known about the person who came to be known only William Brown. What we do know is that in the early nineteenth century, a young woman from Grenada joined the British Royal Navy in disguise, passing herself off as a man in order to serve. Women were unable to join the Royal Navy directly until 1993 (They had their own special branch called the Woman’s Royal Navy Service), and it was unheard of for a woman to pass herself off as a man to enlist in the military at that time. Brown ultimately proved herself as a highly skilled sailor, although she was found out just a few months after joining in July 1815. She carried out a extremely tough and dangerous job, making her a groundbreaking if hidden Black figure in UK history. Stormzy is an extremely popular young British rapper from South London. He has been extremely influential through all that he has achieved, starting from being the first solo black artist to headline the main stage at the Glastonbury festival. Alongside being a very famous musician, Stormzy has become known for his political activism as well. He has supported numerous charities committed to fighting against discrimination, poverty and young Black people across the UK. The influential rapper has taken his success even further by helping other people and setting up a Cambridge scholarship for Black students. The Stormzy Scholarship pays for the tuition fees and provides a maintenance grant in order to fund 2 Black British students a year to go to the University of Cambridge. 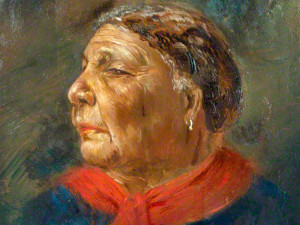 Born on the island of Jamaica in 1805, Mary Seacole was a nurse & healer who became famous for caring and helping British soldiers during the Crimean war in 1853. Her efforts are often overlooked in favour of Florence Nightingale, another extremely famous nurse who ran a hospital for soldiers in the Crimean war. Mary tried to join a team of nurses led by Florence Nightingale but was turned down several times. Instead, she bravely travelled to Crimea independently, using her own money & donations. Mary opened the “British Hotel” which was a hut made of metal sheets. The hotel helped to provide food & nourishment to soldiers, alongside urgent medical care, with Mary herself nursing many soldiers. She proved extremely popular with the troops, and wrote an autobiography upon her return. Today, Mary is celebrated as a pioneer in her own right, being voted the ‘Greatest Black Briton’ in 2004, and receiving a statue in 2016. 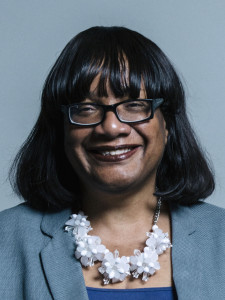 Diane Abbott is a British politician born in 1953, best known for being a long-time MP for the Labour Party. She was also the first woman of African descent elected to the House of Commons, and is also the longest serving Black MP in the House of Commons (She first became elected in 1987!). Diane has achieved much greatness in her career including being the founder of the London Schools and the Black Child initiative which were aimed at raising achievement levels of Black pupils in London and nationwide. Diane has helped so many lives through her hard work, and is a truly inspiration modern figure.

We hope SATs Companion helps strengthen your class’s progress through all stages of KS2.

Want to find out more about how SATs Companion can help improve pupil’s learning? Click on the blue icon to contact our team with any questions or try here to book your free in-depth demo.

About the Author: Elli Hunt